What Is Eye Tracking? 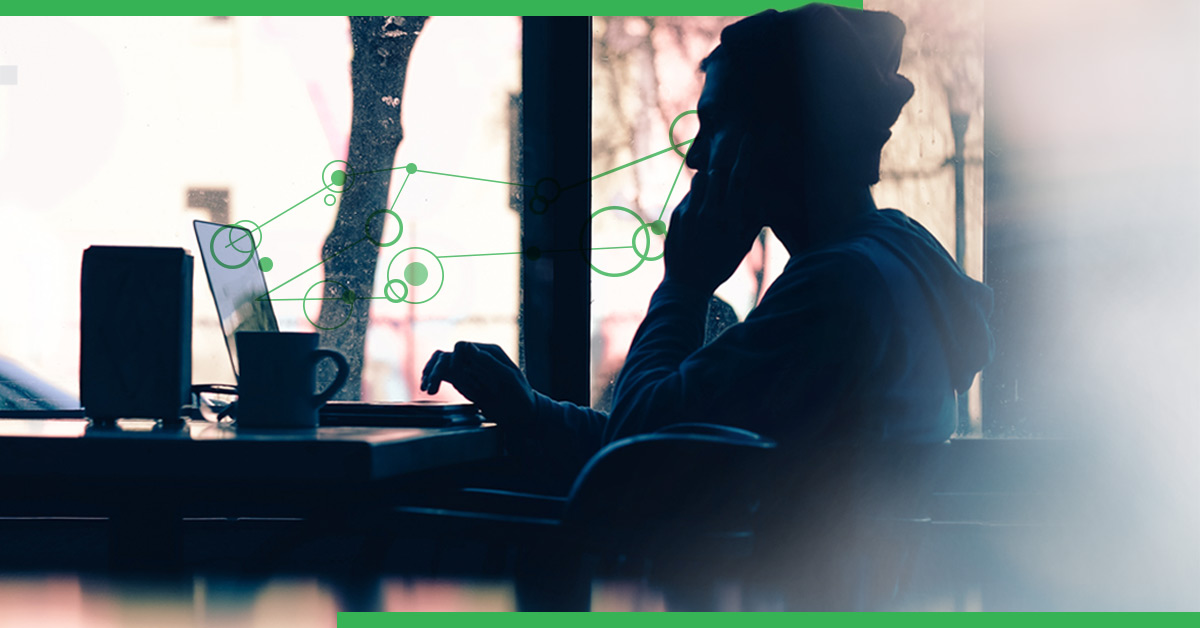 The human gaze holds a lot of information. The direction of our gaze and eye movements offer insight into what has our interest, what challenges us, what we like or don’t like, and much more. Eye tracking technology gives you a way to gather that data, understand it, and utilize it. Read on to learn more about eye tracking, and take advantage of this cutting-edge innovation today with a consumer-priced eye tracking biometric technology package from Gazepoint.

What Is Eye Tracking?

You should know a few things if you’re new to this technology innovation. Here, we’ll begin with the basics. 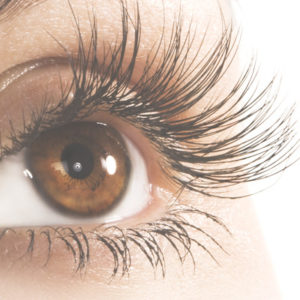 There are several companies today that offer eye tracking technology. While each has its unique features and nuances, they all offer the same thing: data on what your users are looking at. The biometric data you gather will depend on the hardware/software technology package you choose, but there is a broad set of metrics you can expect to record, including:

In many cases, you can also invest in a multipurpose eye tracker package that collects biometric data like heart rate and galvanic skin response, also called GSR.

The key piece of equipment you’ll need is an eye tracker, which can be mounted on a computer monitor or laptop and, in some cases, mounted on the user’s head. The system uses a light source — typically infrared light for accuracy — directed toward the user’s eyes. A camera tracks the reflection of light and the movement of visible features of the eye, such as the pupil.

What You Can Learn

An eye tracker’s biometric technology can record a lot of data, including:

The next logical question is: what can you do with this information?

The biometric data collected through eye tracking can offer insight into everything from physical health to emotional responses. Read more about how this technology is implemented and order your eye tracking technology package from Gazepoint today.

The History of Eye Tracking

Today’s eye tracking technology can be found in industries across the board, but the technology innovation began centuries ago. Continue reading for a brief history of eye tracking and its evolution. 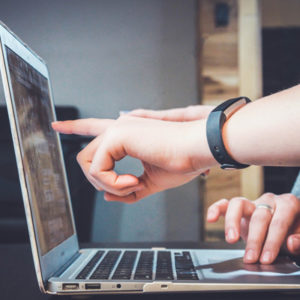 As with any innovation, eye tracking biometric technology began with interest and observation. Louis Emile Javal, a French ophthalmologist who conducted studies around 1879, is one of the first scientists credited with most eye tracking studies. He noticed that people’s eyes didn’t move smoothly across the page when reading. Instead, they made quick movements, which we now call saccades, and then short pauses, which we refer to as fixations.

One well-known example of early eye tracking technology and equipment was a rudimentary contact made by Edmund Huey in 1908. His device was a lens with a small opening for the pupil and a long pointer to follow the eye’s movements while the subject read.

Later, a less invasive device was developed to reflect light beams off the eyes and record those light beams on film. As discussed earlier, a similar technique is still used today in modern eye trackers. We still use light reflection, but now we depend on digital recordings rather than film.

A Russian psychologist named Alfred Lukyanovich Yarbus studied eye movement in the 1950s and 60s, and he determined there was a connection between a subject’s movement and fixations and their interest in the task at hand. When asked specific questions about an image, their gaze would linger on the relevant items within that image. His studies were only the beginning.

Eye tracking biometric technology truly took off starting in the 1980s as eye trackers became even more accurate and less intrusive. Computers were then powerful enough to handle visual-tracking data in real-time, and they became a way to observe users’ reactions to content like animated graphics and online advertisements. Applications continue to expand, and we’ll discuss how eye tracking is currently utilized in a later section.

Gazepoint strives to make the next step in eye tracking innovation by offering research-grade technology at a consumer-grade price. You now have access to powerful and objective biometric data from teachers and students to marketing firms.

What are the uses for eye tracking? First, think about how you utilize your eyes — you look at what you’re interested in and ignore what you don’t like. Making that connection makes eye tracking a popular tool in many different industries. We’ve outlined a few of the frontrunners here. 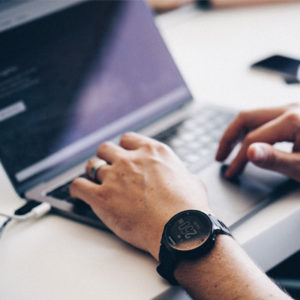 Visual technology tracking offers you the opportunity to understand better your customers and what holds their interest. You can utilize the objective data you collect to streamline workflow and improve usability. You can see what features draw a user’s attention and what they avoid. From packaging and ad design to the layout of your online store, you can gather information on what works and avoid gambling on updates or new features.

Eye tracking also shows promise for improving research and the diagnosis process in the medical field. There have already been several studies connecting eye movements and data collected by eye trackers with medical diagnoses. We’ve listed a few examples below.

Strabismus is a condition where the patient can’t focus both eyes in one place. It’s one of the most common vision disorders among kids in preschool, and the existing process for screening for strabismus is ineffective.

In most cases, a diagnosis depends on a subjective decision by an individual examiner, and the process is difficult to implement on a large scale, such as throughout schools. Eye tracking technology shows promise in identifying alignment disorders like strabismus faster, more efficiently, and objectively.

Eye tracking technology now may streamline the process of diagnosing autism by measuring for early characteristic features. For example, one study used visual tracking to predict an autism diagnosis in children who focused more on geometric shapes rather than humans in action. If further studies support this research, eye tracking technology can be a noninvasive and minimally distracting way to measure a child’s probability of manifesting autism.

There is growing scientific support for a link between Alzheimer’s and a change in a patient’s eye movements and viewing behavior. Identifying these changes could be a way to diagnose Alzheimer’s and assess its related symptoms. Eye tracking technology provides a way to measure those symptoms, such as saccades and the focus and efficiency of a patient’s visual search. 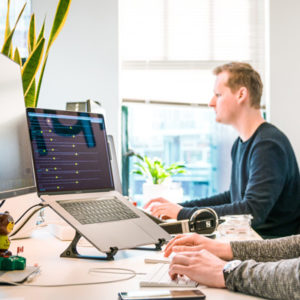 Visual tracking is also being developed to help those with disabilities. There are numerous different augmentative and alternative communication (AAC) devices currently in practice and development. They are designed to help those with pre-existing disabilities, serious injuries, or degenerative conditions such as ALS communicate. Current devices use head movements, joysticks, or switches to help users select words and phrases spoken aloud by a recorded or computer-generated voice. As an example, Stephen Hawking utilized an AAC device throughout his life.

Eye tracking biometric technology provides yet another option. With technology developed by companies like Gazepoint, users can now select words and phrases with their gaze rather than by touch. It promises to be an important innovation, particularly for those with motor disabilities who cannot use traditional switches or joysticks.

The use of eye tracking technology clearly needs to be taught to the next generation of innovators. Gazepoint has made it easy and affordable to make our research-grade equipment available on a large scale in pursuit of this.

Students can get hands-on experience with the same biometric technology implemented in real-world business and research situations, and they have the resources they need for academic papers and experiments. Your classroom may even break new ground on finding another innovative use for Gazepoint.

The Future of Eye Tracking

Now that we’ve discussed eye tracking, its history, and its current applications, it’s time to look to the future.

As we mentioned, there is a lot to be learned from eye tracking technology in the marketing industry, which has led to a new branch that focuses on those benefits: neuromarketing. In the future, we at Gazepoint believe that the use of objective data gathered by visual-tracking devices like ours will be the new norm. Companies won’t have to depend on questionable resources like surveys, and they can directly address points of frustration or disinterest to improve customer engagement.

The tools offered by Gazepoint aren’t limited only to the world of digital and web design. Eye tracking technology can also be applied to other specialties, such as architectural design. Experts could utilize virtual reality to test someone’s response in the same way we currently use eye tracking to test a user’s response to web graphics. 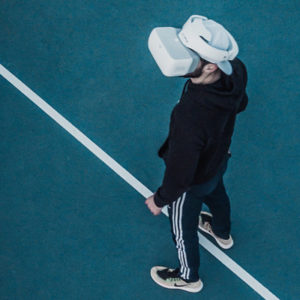 Another development to watch for is visual tracking implemented in video gameplay. It opens up the possibility of communicating your intention to the computer more accurately and intuitively, whether you want to move to a different location, aim a weapon, or open a side menu.

In the same vein, eye tracking is already making waves in its potential for virtual reality (VR) and augmented reality (AR). For example, the biometric technology to track eye movements can be beneficial for helping a device measure and adjust to interpupillary distance, which differs from person to person and can affect their VR experience.

Another innovation waiting in the wings is the ability to use eye-tracking to improve foveated rendering. Our eyes only truly focus on one area at a time. A properly calibrated device can improve the image quality in that area without wasting bandwidth to render the surrounding areas completely.

With the right equipment and resources, you may be the one creating a new path for eye tracking applications. Get started today with a hardware and software package from Gazepoint. Order now!